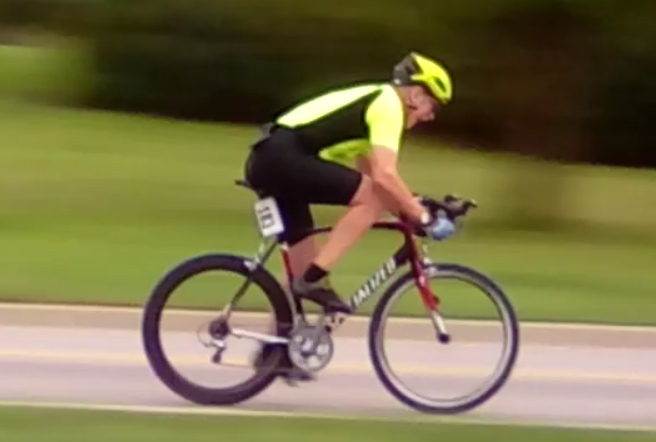 Some of you are interested or curious as to how I do in my racing, so for those of you who are, here’s the update long after the end of last season. Without going into too many boring details, what follows is a quick summary.

I entered 12 races total in 2017 from May through October, 8 time trials and 4 road races. I was 64 years old during the season, so most of these races were contested in the 60-69 or 65-69 age groups. I had 5 podium (top 3) finishes, 4 in time trials and 1 in a road race. I had two pr’s in time trials, one in a 5K (in which I didn’t place—fast group) and one in a 16 K (10 mile) TT I raced in the standard division (sometimes called the Merckx division) on my regular road bike with no aero bars. I had two second place finishes, both in time trials.

2017 was my sixth season racing. All these races were done on a stock aluminum road bike either ridden standard or with clip-on aero bars, no TT bike. I’ve entered a total of 66 races over the six years and finished on the podium 20 times. I’ve had three wins in time trials and one season points championship in a time trial series. Overall, I’ve increased my speed at the races each year. I plan on getting better in 2018.

For those of you reading who are racing or want to race, you can get better and I wish all of you successful racing.