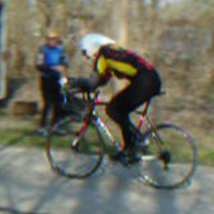 You don’t have to, of course. There’s plenty written about cycling to choose from elsewhere, much of it by vastly more accomplished, successful cyclists than me. There are coaches, trainers and even pro riders who have plenty to say about the sport.

So again, why read this? Why read anything I write about cycling?

Well, maybe because I’m a cyclist a lot like you. I’m not a big name or a pro rider or even a cycling coach or trainer, but I am a rider and racer who’s passionate about cycling. I train hard and race hard, learn and share experiences that might help you as a fellow cyclist.

How? I’ve faced many of the same things you face or will face as you ride. I can pass on to you how I solved a problem or overcame a difficulty. So what? What’s the big deal? Well, sometimes you can use that in your riding.

And there are questions cyclists just like you have. How should you train? How do you start racing? What can you expect? And many more. And the most asked one, how do you get faster?

How do I know about these questions? I had them and many of you ask me these same questions often. You see, although there is a lot written about cycling, a lot of it doesn’t pertain to cyclists like us. It’s just not all that relevant to read the watts some pro is putting out in a time trial. Interesting but not relevant. Or what kind of bike they ride. Or stories of life in the pro peloton, interesting as they might be.

And here’s the thing. Although you can glean useful things from the pros, most cyclists, especially those who want to race or are racing, want to find out about something that will help them directly. And all that kind of information is surprisingly not as easy to come by. I know, because I was in the same situation and had to learn just about everything by trial and error and experience.

I know, there are books, DVDs, clubs, teams, coaches, training programs and other riders, all potential sources of information. Yet I hungered to read or hear something that would directly answer my questions and would help my riding, and eventually, my racing. Something that would help me. Again, I had to learn on my own. So a lot of you ask me what I did, what I’m doing.

That’s why maybe something I write about here might interest you or even help you in your own cycling. I hope so. That’s the idea.

Now for the boring part: My accomplishments in cycling, such as they are, are indeed modest. But here’s my background, for those of you interested: I began riding very casually again at around the age of 50, and did this for a couple of years along with my usual bodybuilding training. In 2004 I got more serious, training on the road riding a mountain bike for fitness. In 2006 I bought a road bike and began to train seriously, half the year emphasizing cycling, half the year bodybuilding. In 2012, at age 59, I began racing. I finished last in my initial time trial with an average speed of over 17 mph. Eventually I figured out how to get faster and increased my average race speed to usually over 20 mph, hitting a PR average of nearly 21 mph.

In seven years of racing, with 74 races, I’ve had 20 podium finishes (1st through 3rd place), three wins, and one season points championship in a time trial series. All but two of these races were ridden on a standard road bike, usually  with clip-on aero bars; the last two were raced on a TT bike.

I’m nothing special. You can do the same or better. That’s part of why I write, so I hope you’ll want to read. 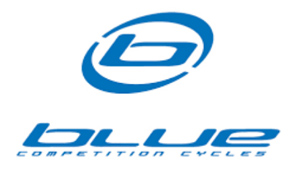